EMDR was, as, is Song 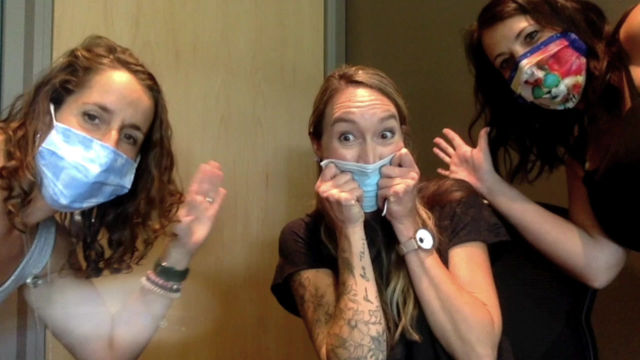 How to Get Fierce with Depression

Getting stuck in depression can make it so tough to flip the script. Repetitive negative thoughts and perceptions can keep pulling us into the behaviours that reinforce those thoughts and views, such as staying home, not getting enough sleep, or putting things off longer than you normally would.

Time for a Brain Hack

As we learn more about the brain and neuroplasticity, we now know that getting stuck can mean that the brain actually adapts to the environment. Researcher Judson Brewer describes how the brain's Default Mode Network (DMN) is the part of the mind that wanders and tends to do so in your typical way. So if you generally have an inner dialogue that is not compassionate towards yourself, your DMN will sustain that thought pattern. How do we change it? Or better yet, how do we stop listening? The practice of mindfulness has been found to deactivate the DMN, allowing you to observe the present moment and the thoughts and feelings associated with it. The more you practice, the more your DMN is deactivated. Now, how do we set up our environment to turn the tide on depressive thoughts and perception into more uplifting and positive frames of mind?

In order to build new neural connections that will create pathways to happiness, curiosity, and connectedness we need to get uncomfortable by exposing ourselves to new experiences and environments. This will prevent the old negative pattern from taking hold again and will also assist us in knowing when to tell those negative thoughts to take a hike. Starting a new hobby, going for a walk on a new path, or even taking a picture of something and finding 5 beautiful things to say about the picture are examples of ways to be in the present moment and take notice. It will also help build new neural pathways in the brain towards positivity.

How can we really knock the socks off depression? We can by exercising in new environments and practicing mindfulness when doing so. Going for a run has been shown to stimulate neurogenesis, or the development of new brain cells. In fact, they've now found that running specifically, stimulates brain cell development more than High Intensity Interval Training (HIIT) and weight lifting. Mackenzie Havey talks about this in her book, Mindful Running. I may be biased, but the science doesn't lie. Running rocks. Going for a run and noticing your legs churning forward, the smell of fresh air, and the sun hitting your face is like nothing else out there. It is the true power punch to depression: mindfulness+exercise. The well-known Duke University SMILE (Standard Medical Intervention & Long-term Exercise) study proved that when people with depression exercised for three-times per week for four months they showed the same improvements as those with antidepressants alone, but had longer lasting results. They were 50% less likely to be depressed after 10 months of exercise than their peers who did not continue the exercise program.

Putting It All Together

It can seem impossible to start an exercise program when you are depressed. That's part of the reason why Off the Beaten Path Psychology and Wellness utilizes movement during therapy. It allows us to combine new environments with exercise and talk therapy. We can also introduce mindfulness practice to give depression a solid boot.

Photo Credit and sincere thanks to the wonderful, Valerie Schneider.